We introduce the latest technology of “the best unity” of LED!

Control the color of the seating according to the lighting of the venue.
We will introduce the latest technology using LED without a big upsurge at the event! 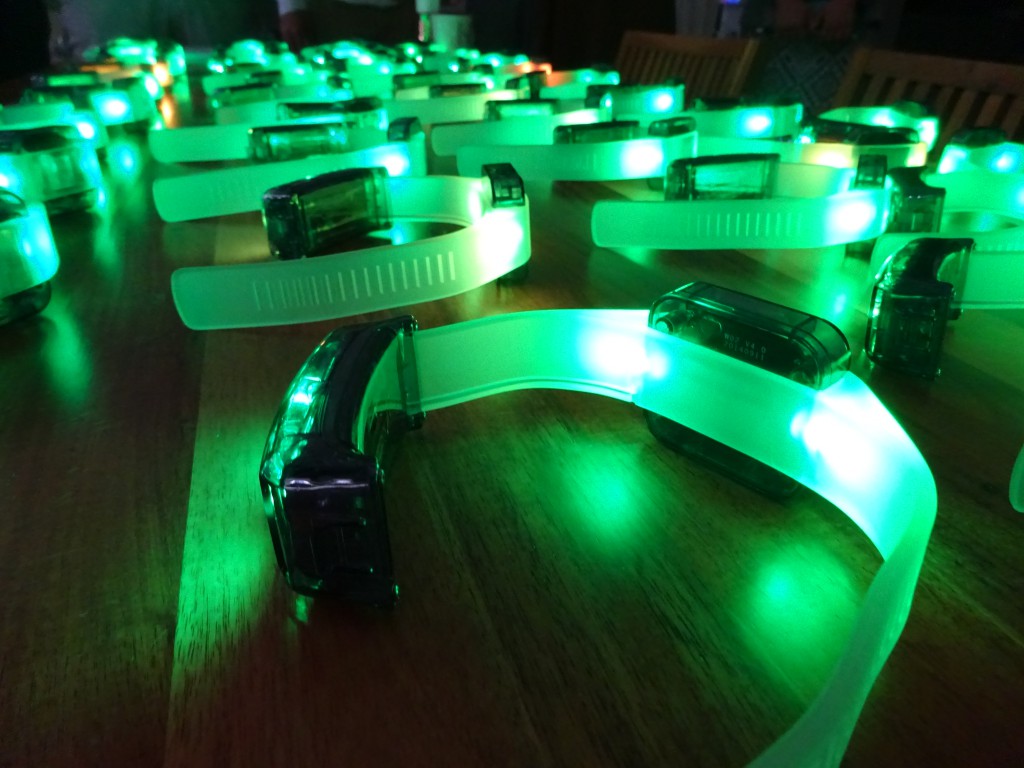 The latest LED band called “Ripple Light™”
Mr. Nagai of G ONE inc. visited us and had a demonstration! 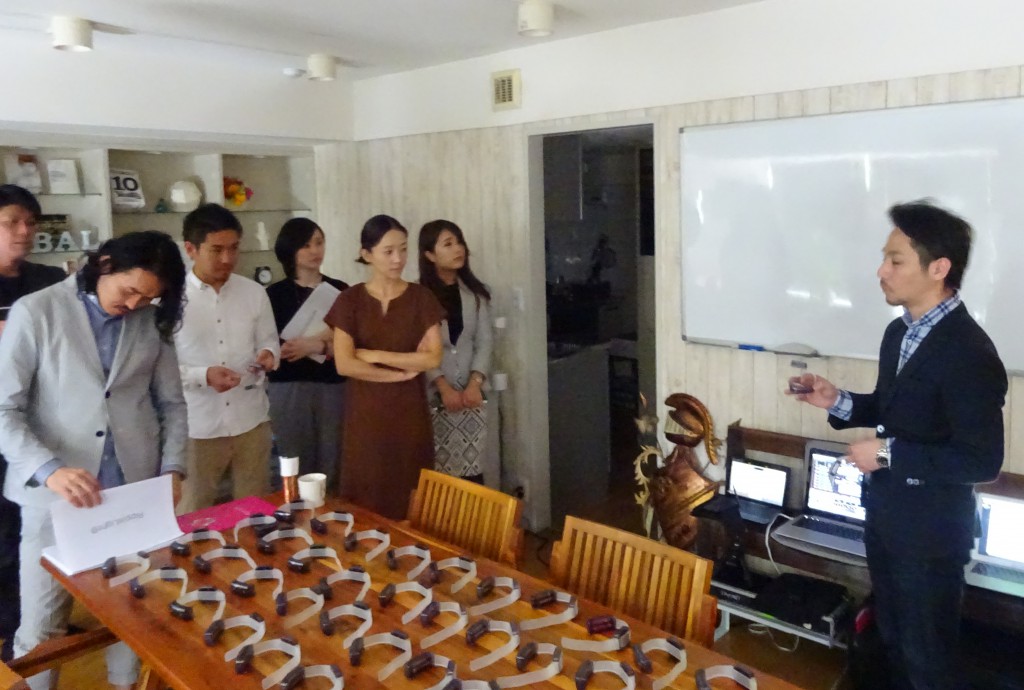 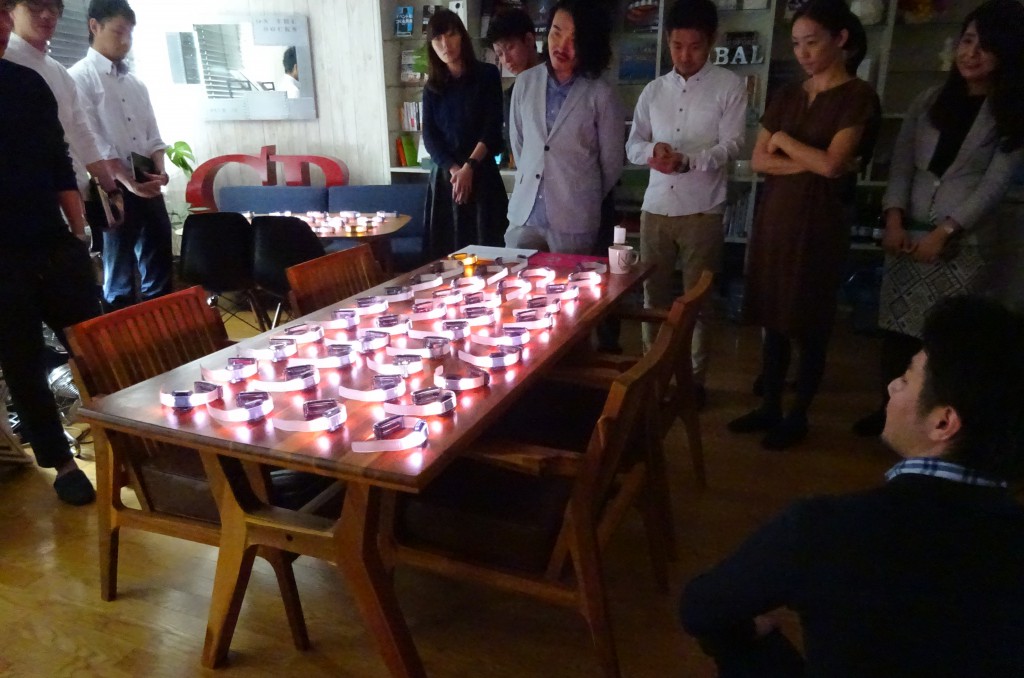 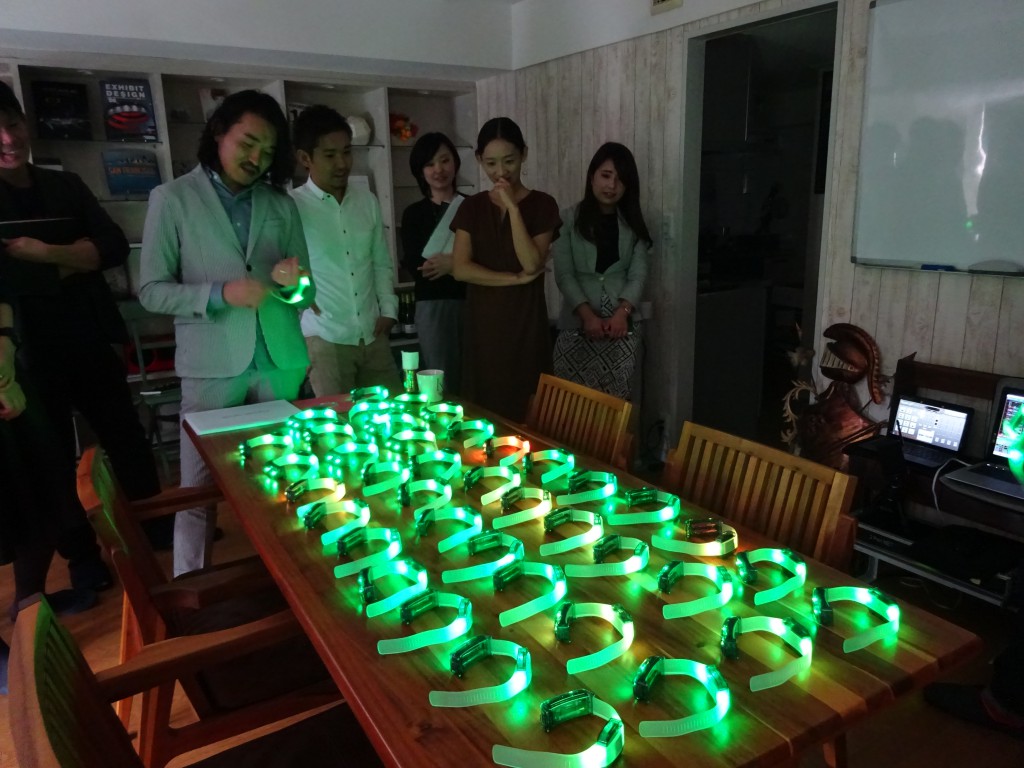 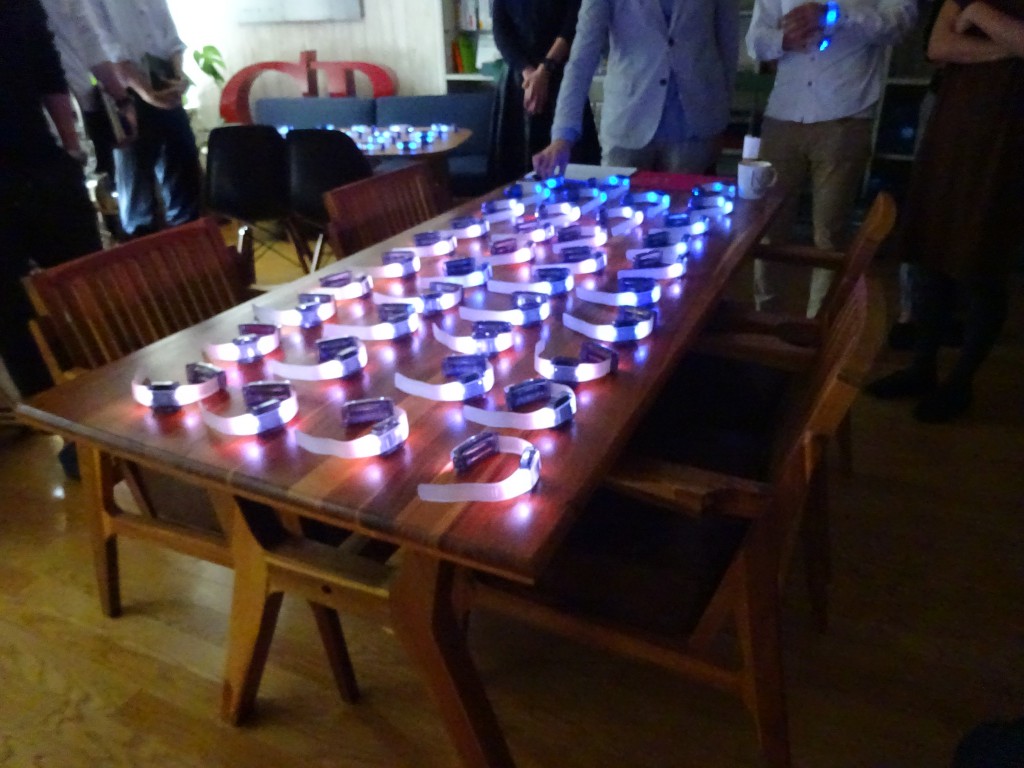 He explained carefully and easily while intermingling the occasional Kansai dialect.

Although it is a LED band that you see in music events, the major difference between Ripple Light and conventional products is in the mechanism that “Impression is connected”.

POINT 1) There is no communication failure in the original system (even if there are many WIFI users!)

POINT 2) Free sheet is OK! (I can do the production of the wave!)

POINT 3) The person in charge is so handsome !!

POINT 4) You can see the battery level of all bands in one shot! (Even a two day event is okay!)

POINT 5) We can utilize even lottery! (To light the specified band!) 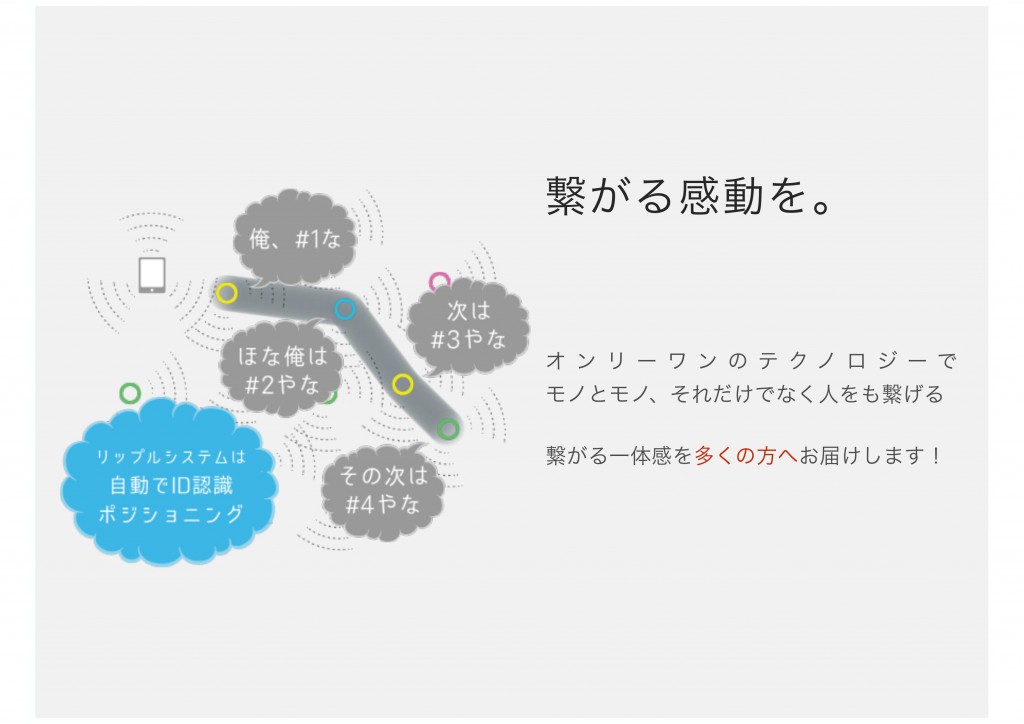 (The company in Osaka is developing, and the materials are Kansai dialect ^ ^)

The free seat seems to be because light is connected one after another from one band to a nearby band.
(The band that has received the communication becomes the transmitter and sends to the next band) 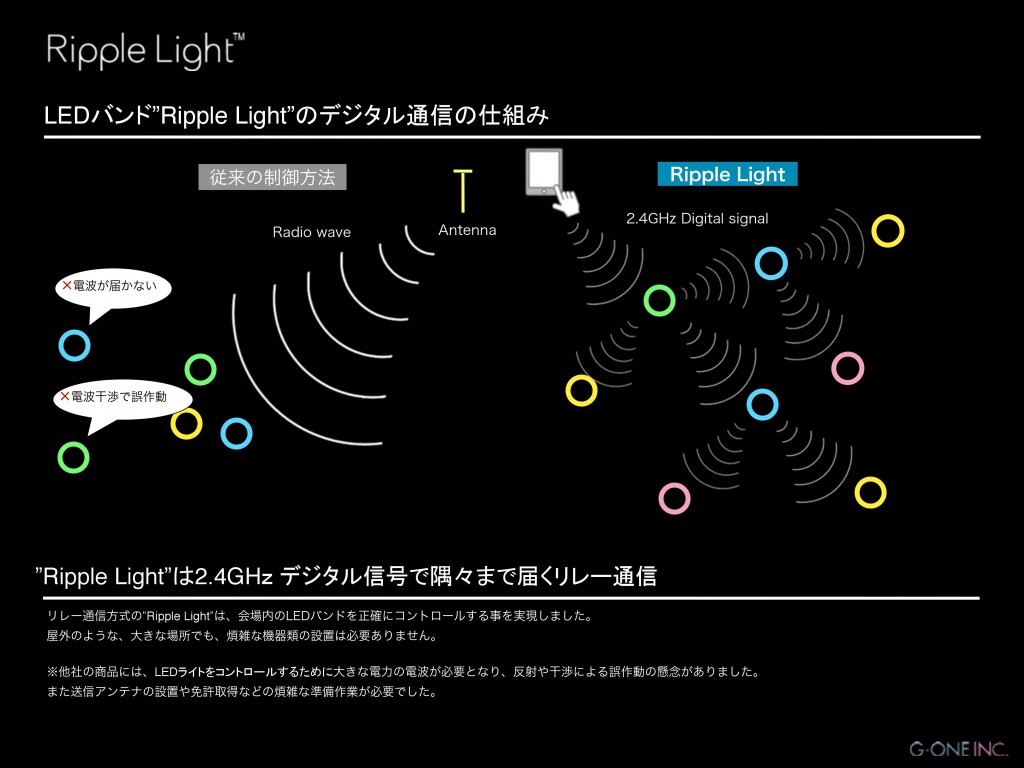 There is no communication failure and stable light emission is possible!
↑ It is a very appreciated mechanism for event shops that can not be missed like us!!!

By the way, band production with event original is also available. 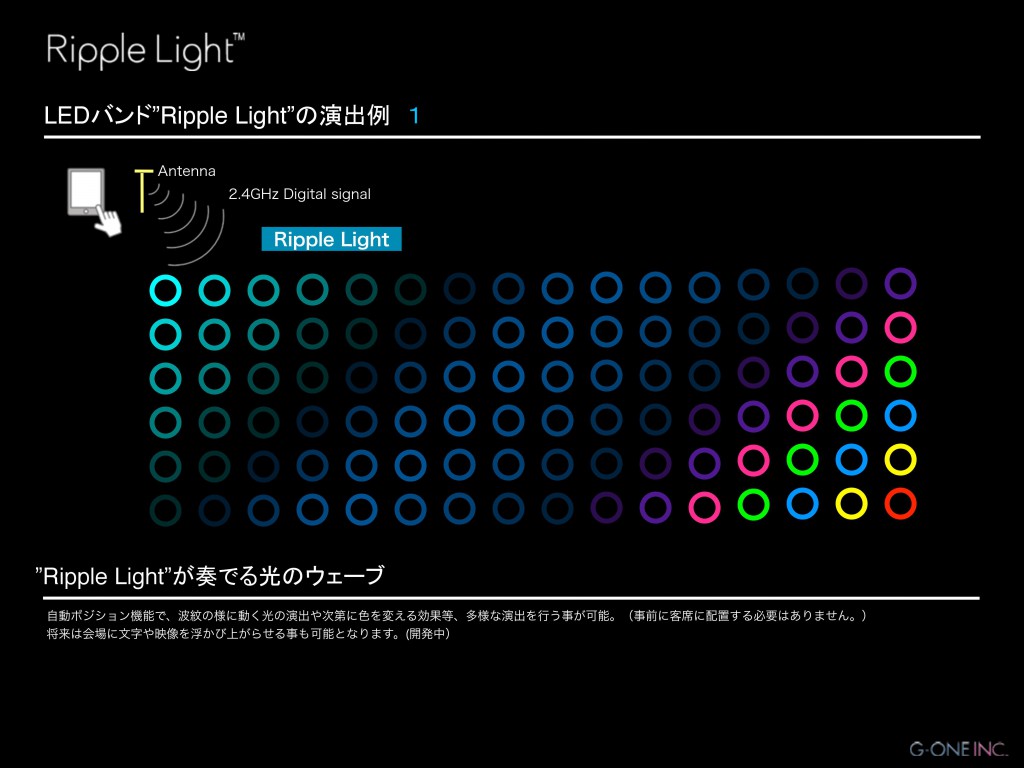 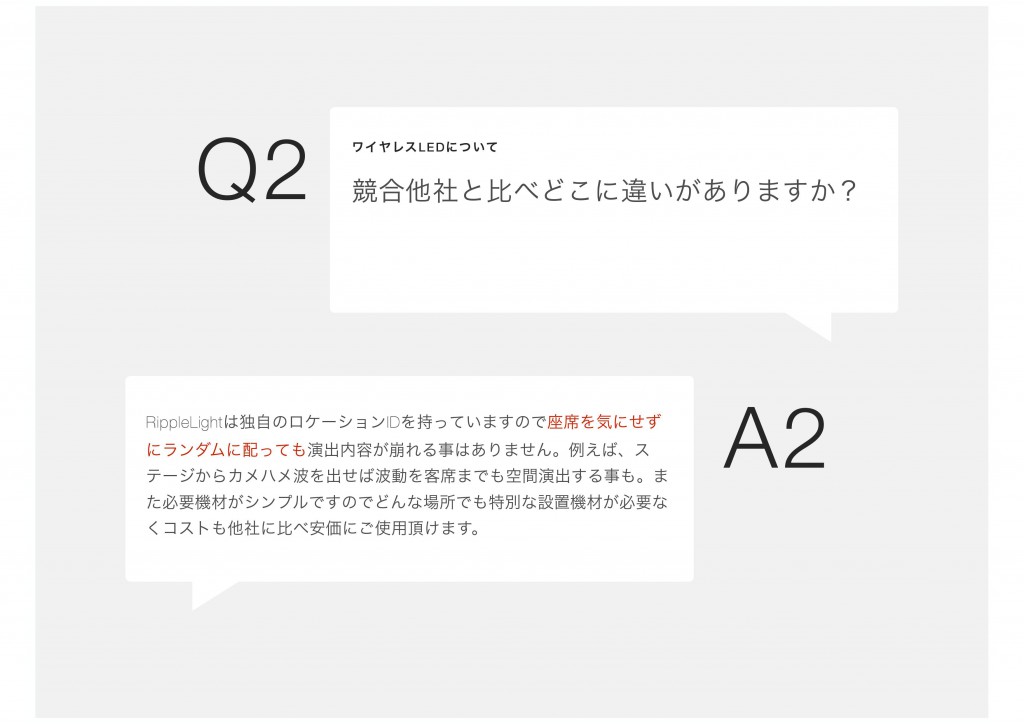 It is also developing a mapping function that draws characters and images in the hall with Ripple Light
I look forward to more enjoyable production in the future !!!!

That’s why all GP staff were impressed from the morning.
I would like to introduce it at GP events soon!